As the temperature begins to drop and the cooler weather sets in, community members are reminded to ensure their heaters are working properly.

Greater Shepparton is no stranger to the dangers of faulty heaters.

In 2010 the community was rocked by the tragic deaths of Chase Robinson, 8, and his brother Tyler, 6, from carbon monoxide (CO) poisoning caused by an unserviced gas heater in their rented Mooroopna home.

The boys’ mum, Vanessa, was also seriously affected by the poisoning.

‘‘I had no knowledge prior to the accident of carbon monoxide poisoning, nor the fact that gas and fuel-burning appliances required regular maintenance to prevent death or injury,’’ Ms Robinson said. ‘‘If I knew of the risks, life would be very different than what it is today.’’

‘‘You should always use a licensed gasfitter to service your heater and to get it checked for carbon monoxide spillage,’’ he said.

‘‘When you phone to book a gasfitter, check that they have a carbon monoxide analyser so they can adequately test for CO.’’

Following the accident in 2010, Ms Robinson established the Chase and Tyler Foundation to raise awareness of CO poisoning and the importance of servicing heaters.

Her efforts seem to be working throughout the state, with no deaths due to a flued gas heater since the deaths of Chase and Tyler.

However, of continuing concern to Energy Safe Victoria is the fact many Victorians may be suffering chronic illness due to low levels of CO poisoning and not realise it is their heater making them sick.

‘‘The symptoms of carbon monoxide poisoning are similar to the flu,’’ Mr Fearon said.

‘‘If you are suffering from headaches and nausea while in the house but the symptoms clear when you go outside, carbon monoxide could be a factor.

‘‘ESV is aware of cases where doctors have misdiagnosed CO poisoning as common winter illnesses.’’

For Ms Robinson, the effects of her poisoning are life-long.

Ms Robinson’s life was ripped apart that tragic day she lost her boys, and her own illnesses and injuries stay with her.

‘‘I have permanent nerve-damage injuries to my entire left arm; my left hand has reduced functionality and I have reduced shoulder movement due to my shoulder injury. I also have reduced cognitive function, which is related to my memory,’’ she said.

Carbon Monoxide Awareness Week is May 1 to 7.

Helping to prevent another tragedy

Vanessa Robinson and her sons Chase, 8, and Tyler, 6, were living in a rental property the night they were affected by carbon monoxide (CO) poisoning.

Following the deaths of her boys, Ms Robinson established the Chase and Tyler Foundation to raise awareness of CO poisoning and fuel-burning appliance safety across Australia.

‘‘To see what occurred to my family swept under the carpet until another incident like it occurred was unimaginable; I was not going to let it happen,’’ she said.

Since its inception, the foundation’s main message has remained the same: ‘‘Everyone deserves the right to a safe home environment.’’

‘‘The landlord has a duty of care to ensure the property is safe from preventable hazards,’’ Ms Robinson said.

‘‘The landlord is solely responsible of the servicing of all appliances within the property.

‘‘The tenant should be provided with a background history of when the appliance was last serviced, when the next service is to occur as well as information about fuel-burning appliance safety and carbon monoxide.’’

There are some responsibilities that belong to the tenant, including:

The Chase and Tyler Foundation has outlined preventative measures and rules to prevent the risk of CO poisoning in the home.

The foundation recommends servicing all fuel-burning appliances at a minimum of once every two years by a licensed gasfitter who uses a carbon monoxide analyser.

It says you should never bring an outdoor fuel-burning appliance, such as a barbecue, gas patio heater or generator, inside.

All rooms in the home containing fuel-burning appliances should be properly ventilated by making sure flues, vents and chimneys are unblocked and functioning properly.

You should also take the time to learn about the signs and symptoms of carbon monoxide poisoning.

A carbon monoxide alarm can provide added protection against carbon monoxide in emergency situations but an alarm is no substitute for proper use and regular servicing of fuel-burning appliances.

Ms Robinson, who along with other volunteers runs the foundation in their own time, said it wasn’t easy, ‘‘but to see the difference we’ve already made in the community is truly worthwhile’’. 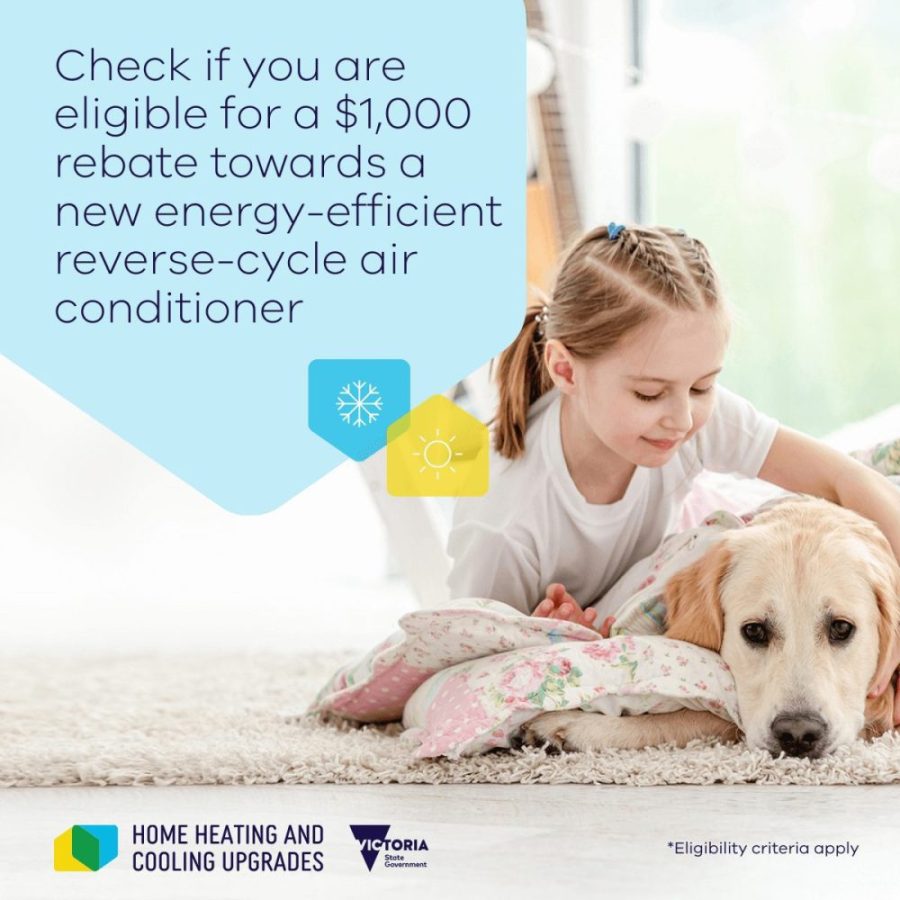 Perks Of Hiring Heating And Cooling Specialists In Melbourne

Why To Install Split Air Conditioner System For Your Home

A Guide To Low-Cost Heating For The Upcoming Winter Months

The Benefits Of Installing A Braemar Heating System

May 24, 2021
NextHeating and Cooling Systems: How Can Regular Maintenance Keep You Safe?Next

DSV Air has recently merged with HeatCool. We are still able to help you with all of your requirements, so please contact us on 03 9797 0505.